Born in Warwickshire in 1939, Jonathan Harvey was a chorister at St Michael’s College, Tenbury and later a major music scholar at St John’s College, Cambridge. He gained doctorates from the universities of Glasgow and Cambridge and (on the advice of Benjamin Britten) also studied privately with Erwin Stein and Hans Keller. He was a Harkness Fellow at Princeton (1969–70) and Professor of Music at Sussex University between 1977 and 1993, where he remained an Honorary Professor; between 1995 and 2000 he was Professor of Music at Stanford University (US). He was an Honorary Fellow of St. John’s College, Cambridge and was a Fellow at the Institute of Advanced Study in Berlin in 2009.

Notes towards an analysis

Michael Clarke introduces Jonathan Harvey's String Quartet no. 4 with illustrations from the Arditti Quartet and the sound designer Gilbert Nouno. 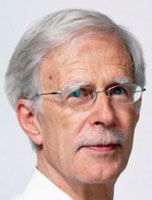