The Middle East and Central Asia Music forum is open to researchers, students and anyone interested in the music and culture of the region. In the spirit of fostering dialogue and interdisciplinarity, we hope that the issues discussed at the forum will be of interest to a broad audience, including musicologists, ethnomusicologists and other researchers in the arts, humanities and social sciences. In addition, we welcome those working on other aspects of Middle Eastern and Central Asian culture broadly speaking (dance, visual arts, media, film, literature, etc.)

Since March 2007 the Forum has met twice a year. The convenor of the Forum is Laudan Nooshin (City University).

Papers and Podcasts  from conference 'Musical Geographies of Central Asia'

The most recent meeting of the Forum took place on Tuesday 20 May at City University London. Report on this meeting.

Ahmad AlSalhi (Royal Holloway University of London): 'Introduction to the History of the Genre of Saut in Kuwait'

Ed Emery (SOAS): 'The Kurdish Songbook Project 2014-15: The Right to Song and a Model for Radical Ethnomusicology’

Polly Withers (University of Exeter): '"I'm not a Palestinian musician, I'm a musician who happens to be Palestinian": Negotiating Nationalism in Popular Musics in Palestine'

Merav Rosenfeld (Universities of London and Cambridge, St Edmund's College): 'A Short Summary of a Long History: The Paraliturgical Song of Jews Originating in Arab Countries'

Free to attend, but please book your place (if you have registered for the conference, you need to sign up for this separately)

This is the opening concert of the City Summer Sounds Festival:  http://www.city.ac.uk/city-summer-sounds

Mixing experimental, sometimes polyphonic makamsal music (deriving from makam) by Ihsan Özgen, Michael Ellison, and Kamran Ince, with that of two traditional masters, this concert shows what three different composers are doing today in straddling the borders between Turkish traditional music and the contemporary West. In Özgen's case, his perspective is completely from within the long tradition of Ottoman music, and yet these small pieces for kemence and cello show consciously embedded western influence. With Michael Ellison, for whom Ottoman music is a learned tradition, and whose music explicitly attempts to find a middle ground and then go beyond this, it is entirely the opposite. Similarly, Kamran Ince is a Turkish composer writing western music, but coming back to the roots of tradition. These contemporary experiments are followed by works of Dilhayat Kalfa (1710?-1780) and Tanburi Cemil Bey, whose style Ihsan Özgen is renowned for extending and preserving. 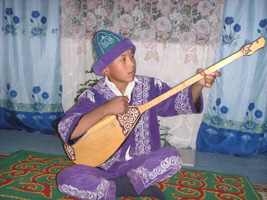