Wolfgang Rihm was born on 13 March 1952 in Karlsruhe, a city near the French and Swiss borders, at a stone’s throw from Strasbourg and Basel, two of the many places where he and his music are at home. He lives there to this day in a spacious apartment not only full of books and scores – those one takes for granted – but also of paintings by contemporary artists, mainly by Kurt Kocherscheidt, the Austrian painter with whom Rihm was befriended and to whom he has dedicated a number of works. Rihm is composer, professor of composition at the Music Academy of his native city (where his students included Vykintas Baltakas and Jörg Widmann), a remarkable writer on music with several books to his name, including collections of his articles and interviews. He also sits on a number of influential committees in Germany and has a say in decisions affecting the working conditions of his fellow musicians. 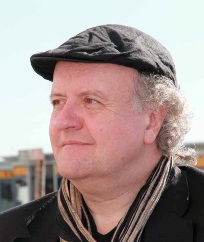